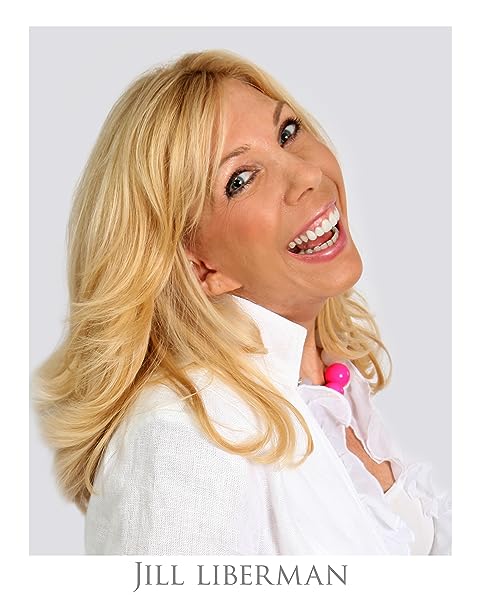 Jill Liberman believes in doing what makes you happy. For her, that includes inspiring and helping others.

She is a television personality, former radio talk show host, entrepreneur and a published author. She has more than twenty years of television experience including reporting for national entertainment news shows. Ms. Liberman also worked creatively behind the camera as executive producer for programs that aired on The Travel Channel, CNBC and The Food Network.  She was an active member of  NATPE, the National Association of Television Program Executives and a judge for the nationally televised Cable Ace awards. For the last three years Jill has also judged the Stevie awards recognizing women in business. She hosted the number one rated talk show on WAXY radio and co hosted the television pilot “Thicke and Jill”  with actor Alan Thicke.

She attacks everything she does with energy and enthusiasm. She lives life with passion and purpose. Jill is dynamic, high energy, and has a love for all things creative. No wonder she was featured in an inspiring women series on Lifetime Television.

All Books by Jill Liberman

Book Jill for a Speaking Engagement >

Jill Liberman believes in doing what makes you happy. For her, that includes inspiring and helping others. Read more about CHOOSE HAPPY author & founder of Choose Happy, LLC., Jill Liberman. Click Here.